Background : Two friendly semi-detached neighbours in Burnley, who both wanted their drives replacing.They each wanted a unique look but preferred to use the one contractor rather than deal with separate companies. Two single adjacent drives but consideration had to be given to water run-off and providing a seamless finish between the two.

Challenge: The clients had been let down by another contractor , who’d started the work of digging out the drives & then disappeared (Trading Standards are dealing with that one!). Anxiety levels were high in view of their recent experience.

Solution :  Lots of reassurance was supplied & no query however small went unanswered. The clients were kept fully informed verbally of each stage of work. We had already supplied full plans and agreed at which stage payments would be required but recognised that a bit of extra TLC was required.

Result:  Two beautiful SuDS compliant driveways have been installed 1) using  Marshalls Tegula Border Black & Asphalt and 2) a resin product with a feature star & Indian Stone path and step. The finishing touch is the new wall which echoes the star theme of the resin drive. 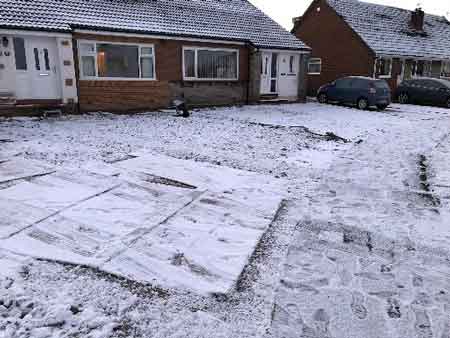 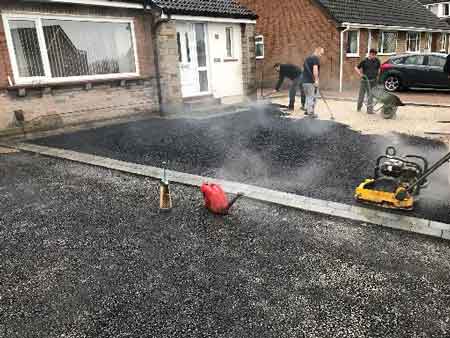 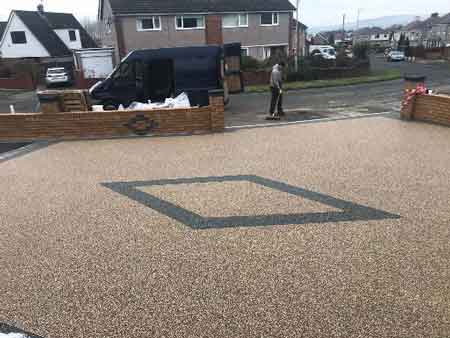 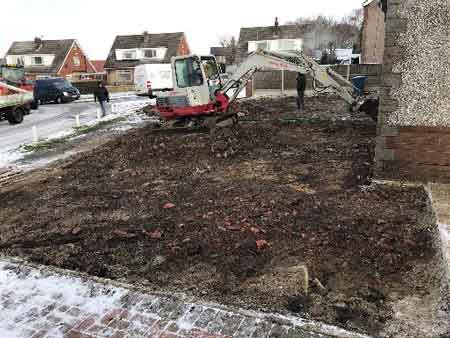 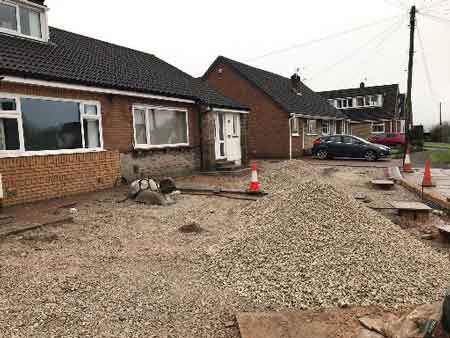 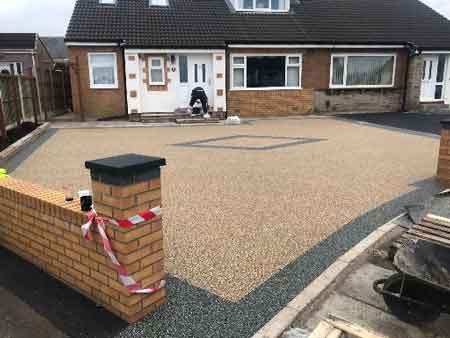